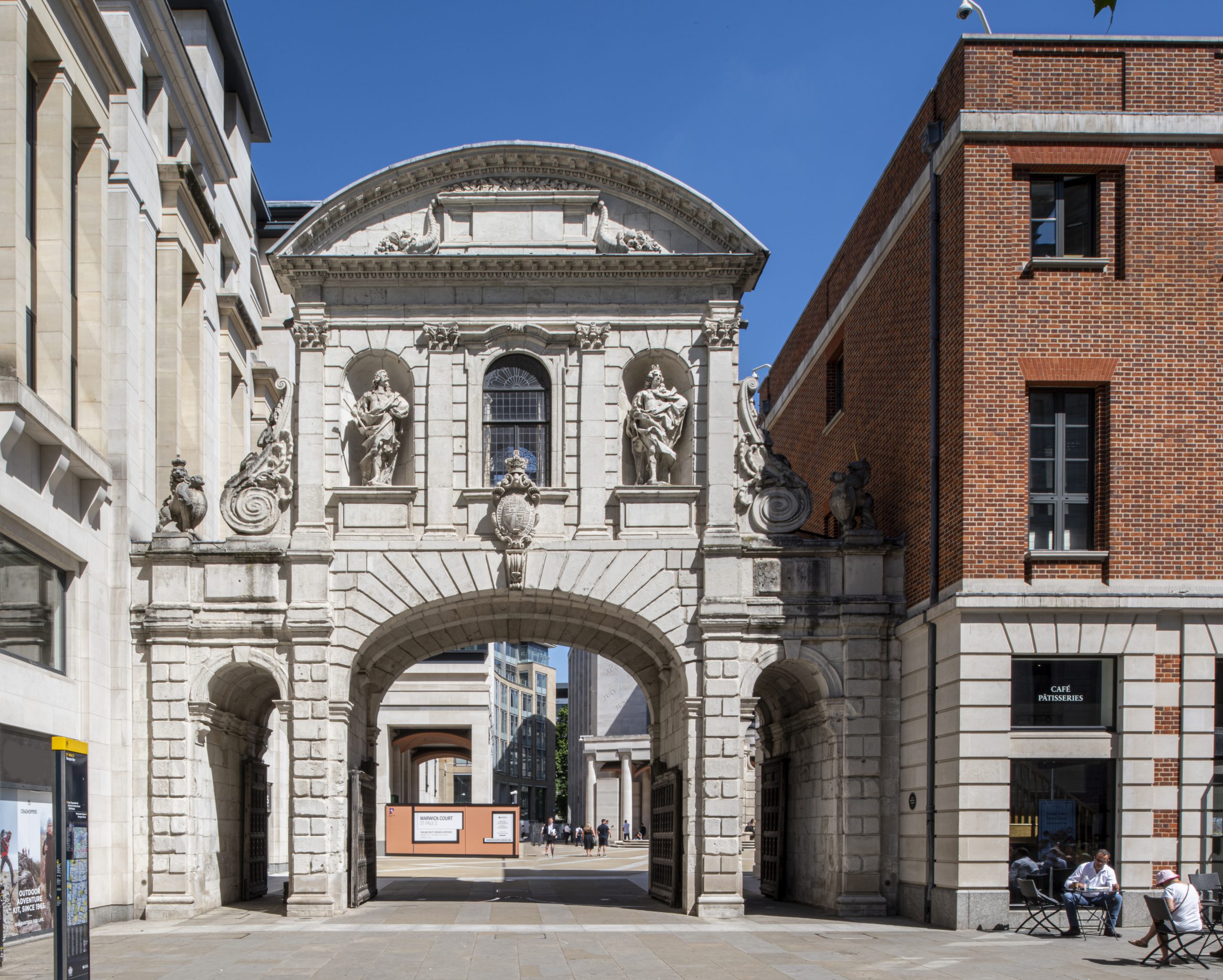 Throughout London’s long history no other architect has left a legacy as substantial as Sir Christopher Wren. After the Great Fire of London in 1666 Wren oversaw the rebuilding of 51 of the City’s 90 parish churches destroyed in the fire, 23 of which remain for our enjoyment to this day. Along with them he rebuilt the magnificent St Paul’s Cathedral and oversaw the erection of the Monument to the Great Fire, a 62m high column built on the site of St Margaret, the first church to succumb to the flames.

But there was one more structure Wren built that had nothing to do with the Great Fire. This was Temple Bar, which stood at the end of Fleet Street, defining the western limit of the City. Temple Bar was removed in 1878 to ease growing traffic congestion and replaced with a granite memorial designed by Horace Jones, topped by a gryphon. Wren’s Temple Bar was bought by a wealthy brewer, Henry Meux and his wife, Valerie. It was re-assembled on their estate in Theobald’s Park in Hertfordshire. After the estate was sold, Temple Bar gradually fell into ruin.
In 2004 it was returned to a new site in the heart of the City alongside St. Paul’s Cathedral, where it forms the dramatic entrance to Paternoster Square, redeveloped by Mitsubishi Estate London.
The move was arranged by the Temple Bar Trust whose first Chairman, Sir Hugh Wontner, ( Lord Mayor of London 1973-74) suggested that this jewel of a building might become the home of the Worshipful Company of Chartered Architects.
After a successful 30 years the Company has reached a new stage in its development. Having rejuvenated and increased its membership, it is in a position to build upon Sir Hugh’s original vision by leasing Temple Bar for its livery hall, providing a metaphoric gateway to understanding the architecture and development of the Square Mile. The room above Temple Bar, the Wren Chamber, is available for hire for meetings and dinners.